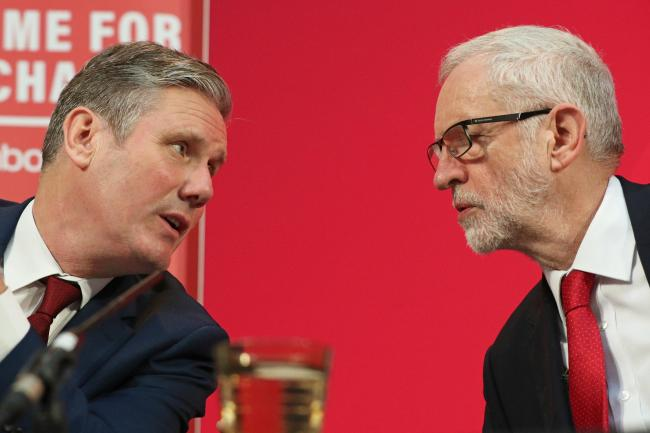 More than 1 year after Sir Keir Starmer took the place of Jeremy Corbyn as leader of the UK Labour Party in April 2020, scepticism has arisen regarding Starmer’s Blairite (centrist) views and whether they will lead to a more successful election for the Labour Party in the 2024 general election.

Starmer’s more centrist ideals, some have argued, make him more electable to the British public after the landslide victory for the conservatives in the 2019 general election where the conservatives won 365 and Labour won 202; the lowest proportion of seats Labour has had since 1935. This begs whether Corbyn’s socialist values are truly what the British public want to see. I’d argue they are not.

While we haven’t had an opportunity to see how Starmer will perform in a general election, there was a few by-elections that took place which may give us a picture of how voters are feeling over the new Labour leader. The one I would focus on is the Batley and Spen by-election. The constituency of Batley and Spen is notoriously a ‘red wall’ seat, where Labour haven’t lost it in 24 years. This by-election was a real example of how Starmer’s Blairite ways may aid him in his chances of electability. With 20% of the demographic being Muslim, a new contender aimed to snatch votes from the Labour Party: George Galloway of the Worker’s Party of Britain. Galloway’s leftist economic stance and socially conservative stance gave him a very strong Muslim grounding which consequently led to ~20% of the vote going to the newcomer. Galloway stood a real opposition to Kim Leadbeater’s (the Labour candidate) chance and almost every poll had the conservative candidate projected to win.

The results ended in a shock victory for the Labour Party as they won with just over 330 more votes than the conservatives, a slim margin.

What are the implications for this for Starmer’s electability? Well, I think that the mere fact that Labour had a candidate who had a demographic that would’ve majoritively voted for her, taken from them but still won outlines how more working-class folk view Starmer more favourably.

Batley and Spen is also a constituency that hugely voted Leave in the Brexit referendum which isn’t an outlier. Many working-class towns that are perceived as Labour strongholds, largely voted to leave. This could explain the conservative landslide in the 2019 general election as Corbyn was a huge remaining campaigner leading many Leave-voting Labour voters to convert to the pro-Brexit Conservative party.

In conclusion, I feel that Starmer’s new leadership and more moderate values appeal more to the working-class members of the Labour party who converted to the Conservatives in the 2019 general election, which will ultimately make the 2024 general election a year of possible reversion back to a Labour government after 14 years of Conservative governance.