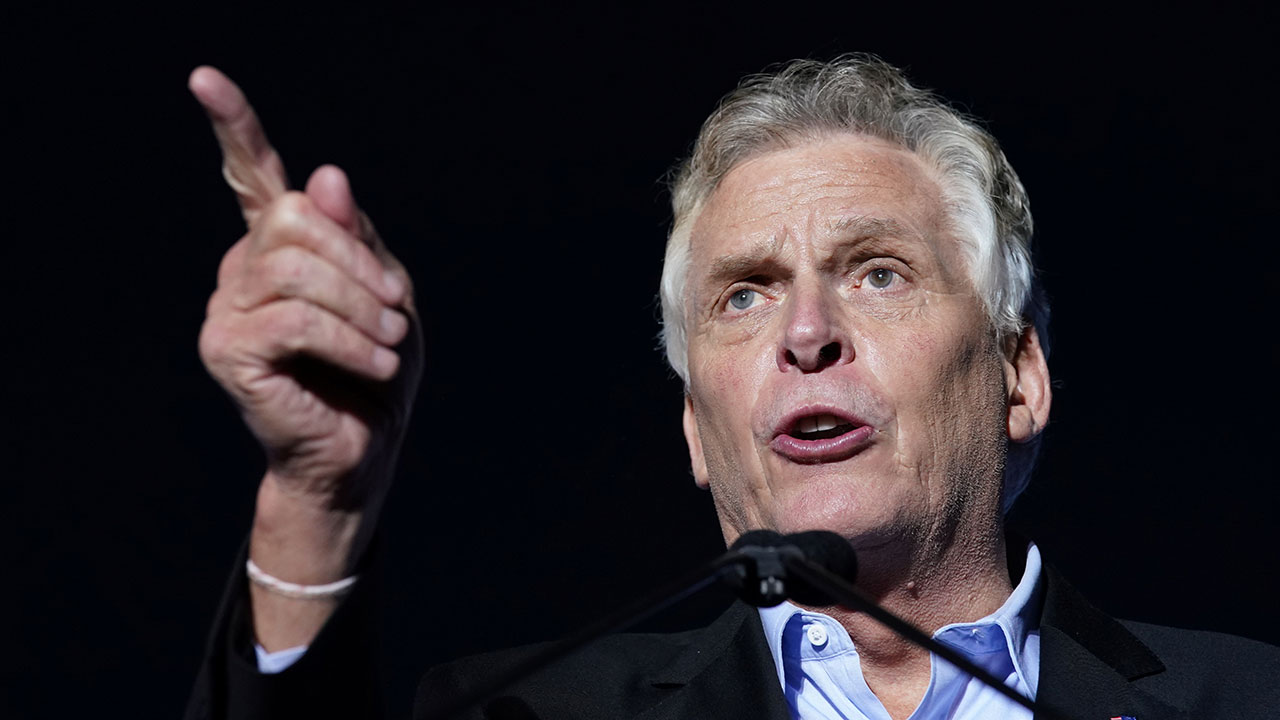 A shocking win for the GOP nominee Glenn Allen Youngkin in Virginia has brought increased momentum for angry parents and republicans. According to Vpap.org, both candidates had raised more than 58 million dollars on their campaign with them combined raising 117 million dollars in total. That’s 58 million dollars in the drain for Terry McAuliffe and the Democratic Party. Republicans have more hype in Virginia than ever also because of the Republicans taking over the Virginia House of Delegates from the Democrats. Terry was projected in the early polls to win by a lot, just like his counterpart Joe Biden who took Virginia by ten percent. And I am sorry for forgetting our third-party candidate Princess Blanding. A progressive who I thought was a libertarian, it turns out she is a part of the liberation party. With Princess Blanding achieving less than one percent of Virginia she had raised more than thirty-four thousand dollars this election with 20,000 dollars of that money contributed by people who gave the contributions in more than hundreds. This election has been crazy and dramatic but in the end, 50% chose to go with Glenn Youngkin. Enough about money and statistics, let’s go over what Terry Mccaulife did wrong and the future of the Democratic Party’s presence in Virginia.


WHAT TERRY DID WRONG

There were many errors in Terry’s campaign, some even admitted by Terry’s supporters themself as you can see here. Let’s address one of the main situations and errors that Terry did that Glenn Youngkin was able to make tons of ads on, one simple mistake that cost the Democrats this election. The situation in Loudoun County. Recently local parents in the county had learned about what the School Board was promoting and teaching the kids the supposed Critical Race Theory, a controversial movement striving to teach people that race is embedded in our legal system and everyday policies. This sparked protests during Loudoun County School Board meetings and it became even worse when it was revealed that the school board knew about the alleged sexual assault against a girl by a non-binary kid who went to the girl’s school. Whether Critical Race Theory is true or not this sparked parents wanting to take action and have a say in the school board. Terry Mcauliffe’s response to this prompted Youngkin to make tons of ads on this and turned the school-loving suburban area for him. Now, what was his response, here it is, “Parents should not tell the school what to teach,” ouch.

The second thing Terry got wrong.

Critical Race Theory wasn’t the only thing Terry had done wrong, there was another thing as well. A pretty major one if you ask me, what he was basing his campaign around. Terry McAuliffe kept trying to base his opponent as former  President Donald John Trump. Glenn Youngkin was trying as hard as possible to stop basing his campaign in support of Donald Trump even when he got the support and the voters who voted for Donald Trump. If Glenn Youngkin tried to base his campaign on Donald Trump he would have lost. Now the people of Virginia must’ve not seen the resemblance so this didn’t work as well as he thought it would. This especially backfired when the Youngkin Campaign released a new campaign ad showing how Mcauliffe and Trump had known each other for quite some time and that Terry had taken 25,000 dollars from Donald Trump. Even after Youngkin exposed Mcauliffe for this,  Terry still aired those ads and still tried to compare Youngkin to Trump. At least Youngkin agreed to wear a mask when told to.

What the future holds for the Democratic Party in Virginia,


Now, this might seem like the end of the world for the Democratic Party at this point but it isn’t over. It doesn’t seem likely that Terry Mcaullife will run again. Ralph Northam may run again in 2024 but I have no proof to back this claim or debunk it. If Glenn Youngkin can handle the situations in the school board and fulfill his promises then that will be a blow to the Democratic party, but this is not over for them at all, Glenn Youngkin cannot run for reelection after his term ends which means that there will be a new candidate who will have the Republican ticket for governor that the democrats will have to face. If this candidate goes down the road of Trump and doesn’t try to get the independent and moderate democrat vote then he will lose. There also needs to be a major topic in Virginia that the democrats have to promise to fix first, if they don’t they will lose just like in 2021. Democrats have also lost the House of Delegates, including seats 28, 63, 75, 83, 85, 91, and 12.